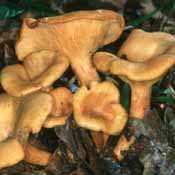 Karlheinz Baumanns films hold particular fascination for those people interested in insects, plants and ecology. They appeal equally to professionals, amateur scientists and schools with good Science and Biology programs.
For prices and purchasing conditions, please click on the orders tab.

Queen for a summer
The fascinating life of bumble bees (43 mins)
This natural history film has received many national and international awards. With extraordinary pictures, embedded in an exciting story, this documentary reveals the secret life of bumble bees.
Bumble bees are regarded as the teddy bears of the insect world, plump and fluffy, amiable and peaceful. But that view only scratches the surface. Underground, in their nest, bumble bees fight for power and career, plan intrigues and initiate turmoil and revolts that may even end with the assassination of the queen.
To obtain insight into the bumble bee year, several artificial nests were built. Using endoscopic lenses, every aspect of their exciting and almost unknown lives was captured on film: the touching clumsiness of a new born bumble bee, the bold construction worker patching the nest roof, the unloading and stamping of collected pollen packets, ort he fight of young would-be queens to take over the thrown. Pictures so close and full of detail, that one is transported directly into the bumble bee’s labyrinth of wax and honeycombs. Most sequences, however, were filmed in the wild. While taking part in a bumble bee’s foraging trip, the viewer will also encounter the unexpected: below a silver linden tree, dozens of exhausted bumble bees lie on the ground. What could have happened? At some flowers bumble bees act as furious burglars and nectar plunderers, while at others – like orchids – they themselves are the cheated ones. What does all their buzzing mean, those short and loud humming sounds that bumble bees produce time and again? Can they sting? And what do they have to do with the taste of our tomatoes? The bumble bee – a never ending source of surprise.
In this film, the life of the bumble bee becomes an extraordinary video experience thanks to fascinating slow motion sequences and the latest cinematographic advances, including thermal and endoscopic imaging.


As Far as Wings Will Carry
Butterflies on the Tramp (43 mins)
Karlheinz Bauman accompanies with his camera the journey of a hummingbird hawkmoth from the mediterranean region to scandinavia.

Like Nothing on Earth
The incredible life of slime moulds (43 mins)
Slime moulds is a somewhat unattractive name, but it describes a fantastic and fascinating life form. Slime moulds – scientists call the myxomycetes – crawl over the ground like rippling monsters, hunting innocent woodland creatures. To reproduce, they change into delicate, plant-like forms, unmatched for their individual beauty and shimmering colours.
Slime moulds are evolutionary outsiders. Magical creatures, they lie somewhere between the two great kingdoms, animals and plants. They have, literally, their own way of life.
Karlheinz Baumann has studied these amazing creatures for more than twenty years, in the cloud forests of Canada, in the Emperor’s Garden in Tokyo, and in the woodlands on his own doorstep. His camera takes us into a strange and exciting world, mostly invisible to the naked eye, where days pass in seconds, and microscopic creatures become terrifying giants. The world of the slime moulds outdoes anything science fiction can offer.
Now a new, electrifying report comes from Japan: at the University of Sapporo scientists have developed an intelligence test for slime moulds. The film shows the experiment – and its unexpected, almost frightening results.
It is hard to resist the fascination of these weird creatures – and not only for scientists. Slime moulds have their fans all over the world – an endearingly eccentric crowd, recognising no international borders, united intheir passion for their beloved myxos.


The following list is a selection of currently available German language titles:

Orchideen – blühende Fantasien
Looks at the variety and ingenuity of orchids in ensuring pollination. (11 mins)

Leben nach dem Bergrutsch
Life from destruction – the natural reestablishment of an ecosystem following a major landslide in the Swabian mountains. (28 mins)

Streuobst
A look at the ecological and cultural importance of traditional small scale mixed orchards. (14 mins) 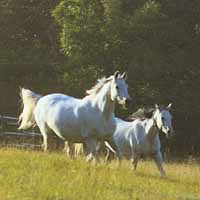 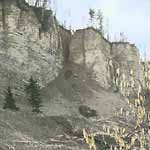 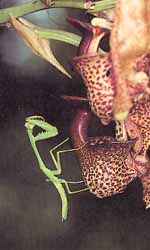 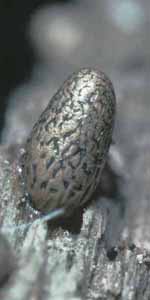